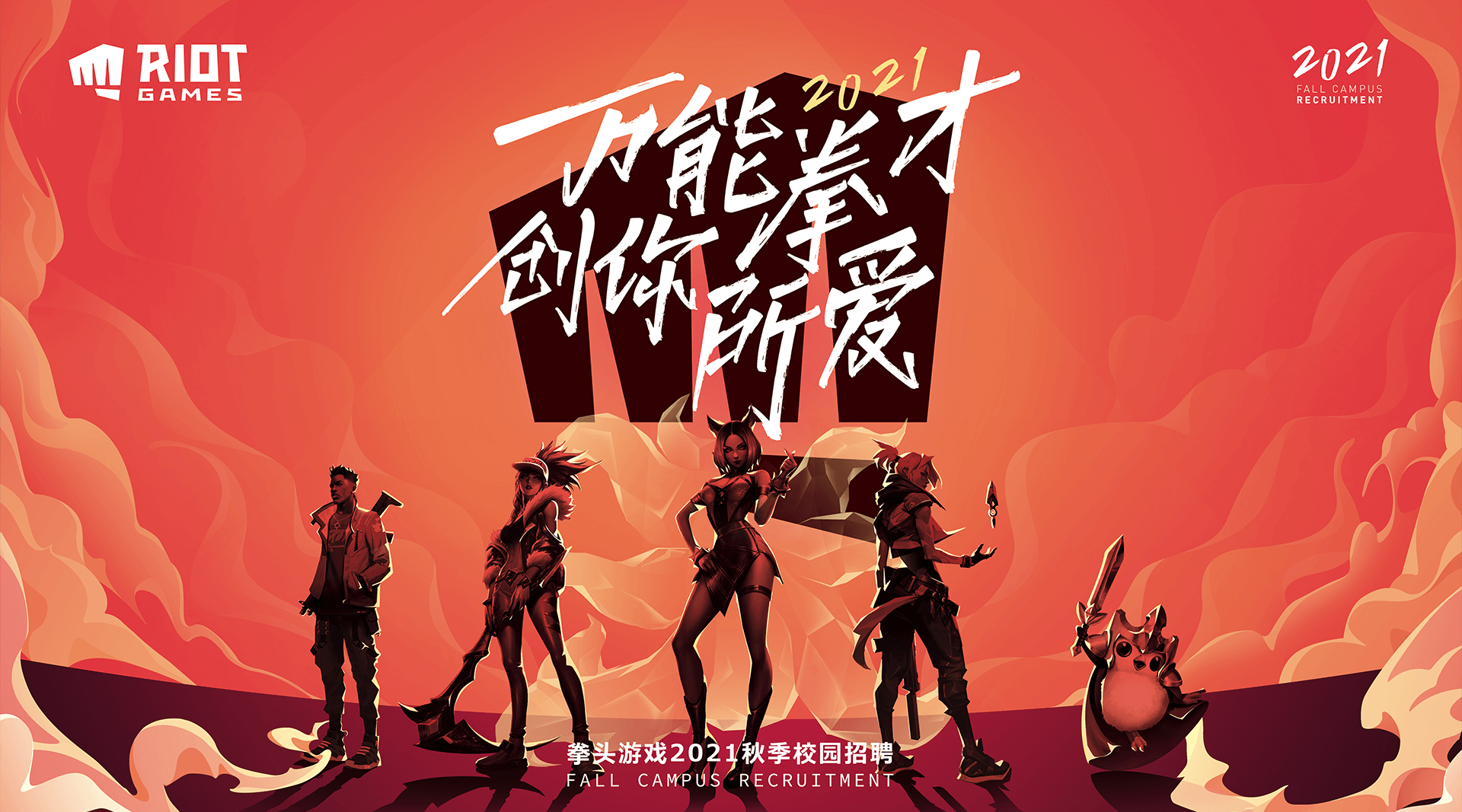 Riot Games was founded in 2006 to develop, publish, and support the most player-focused games in the world. In 2009, we released our debut title, League of Legends, to worldwide acclaim. League has gone on to be the most-played PC game in the world and a key driver of the explosive growth of esports.

As League enters its second decade, we’re continuing to evolve the game while delivering new experiences to players with Teamfight Tactics, Legends of Runeterra, VALORANT, League of Legends: Wild Rift, and multiple work-in-progress titles. We’re also expanding the world of Runeterra through multimedia projects across music, comic books, board games, and the upcoming animated series Arcane.

We believe our laser focus on players inspires the most meaningful and lasting game experiences.

We put players at the center of everything we do.

We share a love of games and prioritize play as an important part of our lives.

We deepen our empathy and understanding by listening, learning, and engaging with players around the world.

DARE TO
DREAM
DARE TO DREAM

We believe the courage to chase bold ideas will make impossible dreams come true for players.

We seek unique perspectives, create room for experimentation, and anticipate failure as part of the journey.

We work from best practices, value expertise, and innovate when there's a better way.

THRIVE
TOGETHER
THRIVE TOGETHER

We believe we're stronger when we respect each other, invest in each other, and succeed as one team.

We approach every interaction with empathy, sincerity, and respect.

We cultivate inclusive teams to amplify each Rioter's strengths.

We hold ourselves to the highest standard of professionalism and together we embrace the joy of making games.

We believe operational excellence will unlock us to deliver better experiences for the long run.

We set ambitious goals, measure ourselves against results, and continually iterate toward improvement.

We collaborate across teams to deliver holistic experiences to players and Rioters.

We focus where it matters, prioritize efficiency, and spend player resources as our own.

We believe there is always more to learn from each other, from players, and from the world.

We approach each problem with optimism, ambition, and curiosity.

We celebrate our wins, learn from our failures, and challenge ourselves to evolve.

We value feedback as an essential part of improvement.

We recognize our teams, our families, our industry peers, and our players who make this all possible.

Riot Games China’s team of innovative dreamers, adventurers, and gamers are focused on delivering an awesome unified experience to players across the region. China has evolved into a core region for esports and gaming, and we’ve helped amplify that by creating and supporting our business in China. We pride ourselves on the strength and speed with which our teams ship game and esports content as well as IP & consumer products, and we constantly welcome new Rioters as we hope to write new chapters in the Riot Games history book.

Don’t forget to include a resume and cover letter. We receive a lot of applications, but we’ll notice a fun, well-written intro that shows us you take play seriously.